I Know They All Look Alike”

Hillary Clinton is taking heat today for a sarcastic remark she made on Friday, where she teased the moderator of a discussion for confusing two black Democrats.
The moderator/interviewer, Kara Swisher, asked Clinton, “what do you think about Cory Booker…saying ‘kick them in the shins’ essentially?” to which Clinton replied, “well that was Eric Holder,” adding with a truly deadpan delivery: “I know they all look alike.”
The context of Swisher’s question is a statement that Eric Holder, not Cory Booker made. Holder was the Attorney General under Obama, while Cory Booker is a Senator from New Jersey. Holder’s statement was about the question of whether or not to sink to the level of the Republicans on certain wedge issues.

A very different question coming from an Attorney General than from a Senator.
Right wing commentators (by commentators I mean people with Twitter) are lashing out at Clinton for her remarks, calling her “racist” and apparently missing her sarcasm or to whom her remarks are directed. Here is a section of the video posted below by a Trump supporter who, judging by the content on his twitter feed, is actually quite racist himself: 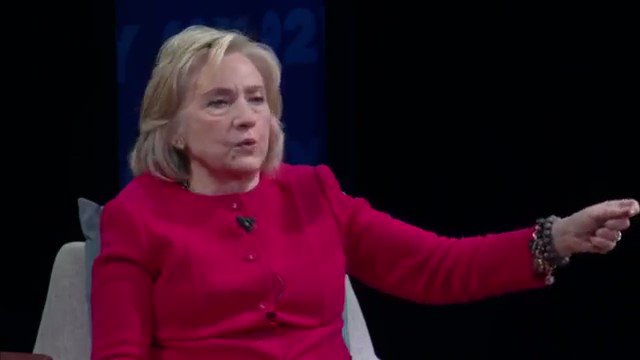 DISCLAIMER
Koreswape do not claim ownership of any of the Songs that we upload or post, and any copyright infringement complaints will be executed immediately! It is our policy to honor all take-down requests!
If You Feel Your Rights Are Being Infringed Upon,Email Us koreswape@gmail.com or koreswape1@gmail.com